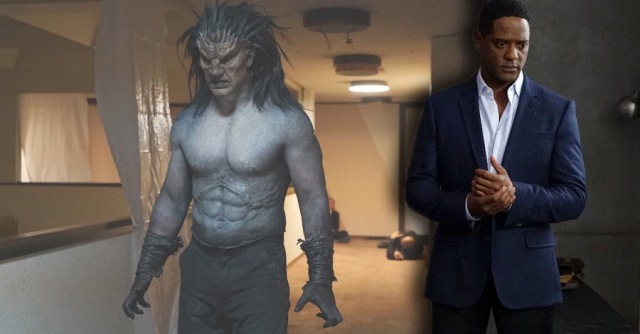 Conflict turns pages. No one wants to hear about a day in the life of M. B. Weston unless it begins with something like, “I had no idea putting diesel in my Toyota Camry could cause so many problems…” (Yes, I did this on the way to an author appearance at a convention. No I didn’t show up on time.) While writers know conflict is the essence of an engaging plot, we can forget it is often the essence of characters that captivate us and glue us to the story. A conflicted character can wrench our hearts out and make us look deep inside ourselves, wondering how we might behave in the same situation.

Quite possibly the best conflicted character I have encountered recently is Agents of Shield‘s Lash.

WARNING: For those of you binge watching it on Netflix, here comes a spoiler…

I immedialty liked the psychiatrist, Dr. Andrew Garner. He wasn’t a Shield agent, but he consulted for them. Andrew employed his skills and knowledge to help Shield protect the world. He was one of the good guys. My kind of guy.

Then something happened. Without  going into details (since it took the series several shows and lots of backstory to explain), Andrew, through no fault of his own, became exposed to a chemical that turned him into the inhuman, Lash.

Lash is not a good dude. He has an inexplicable desire to get close to and kill other inhumans, and he ends up killing a few humans including shield agents as well.

For a while after the initial exposure to the chemical, Andrew can transform into Lash and then back into Andrew, etc. As Lash, he can’t really control his impulses (although he does hold onto some sense of himself until the end). As Andrew, he must deal with guilt and other emotions brought on while he was Lash. He’s supposed to be one of the good guys, and now someone else’s trap has made him one of the very things he is hunting. (He’s kind of like the Incredible Hulk, except his inhuman side is totally evil.) Slowly thought several episodes, the Lash side takes over, making Andrew a truly tragic character.

And he captivates me.

As a viewer, I find myself continuing to watch Shield episodes to find out what happens to Andrew. Can he shake Lash off? Can Shield find a cure? Can Shield forgive him? And what exactly is the right thing to do with him? Most importantly, what would I do if I was in his situation?

Even though he is a TV character, Lash’s example should inspire writers of all genres and mediums. I’m a conflict avoider, and I have to remember to throw struggles at my characters. A character wrestling with conflicting emotions and desires creates drama and tension. It adds to the richness of the plot. It moves the story along. It creates potential subplots and story arcs. Most importantly, conflicted characters mirror reality. Each of us have struggled with wanting to do the right thing when our nature is encouraging something different. We’ve all failed at some point. We can each relate to Andrew/Lash.

If you find your writing seems flat or your plot is burning out, consider adding conflict within one of your characters. Have someone doubt whether or not she is on the right side. Make another distracted by something “shiney.” (Hey, we all know the dark side has cookies, right?) Let a character’s past haunt his present.

Conflict. It’s what turns pages. Trust me, having to find a mechanic in the middle of Podunkville, Florida because I filled my stupid car with diesel (all while wearing heels and a black dress) sucks in real life, but makes much better reading than “M.B. Makes Coffee…” Andrew becoming Lash is much more gripping than a story about a psychiatrist helping Shield.

What about you? How have you added conflict to a character, and how did it help the story?

M. B. Weston is an award-winning fantasy, pulp, young adult, steampunk, and paranormal author. Her attention to procedure and detail gives her works an authentic gritty, military feel that takes an adventure tale to the level of a true page-turner. Weston’s writing attracts both fantasy and non-fantasy readers, and her audience ranges from upper-elementary students to adults. A gifted orator, Weston has been invited as a guest speaker to numerous writing and science fiction/fantasy panels at conventions across the US, including DragonCon, BabelCon, NecronomiCon, and Alabama Phoenix Festival. She has served on panels with such authors as Sherrilyn Kenyon, J. F. Lewis, Todd McCaffrey, and Jonathan Maberry. Weston has spoken to thousands of students and adults about the craft of writing and has been invited as the keynote speaker at youth camps and at several schools throughout the US.
View all posts by M. B. Weston →
This entry was posted in Character Development, The World of Writing and tagged agents of shield, Character, Character development, conflict, Lash, M. B. Weston, writing. Bookmark the permalink.